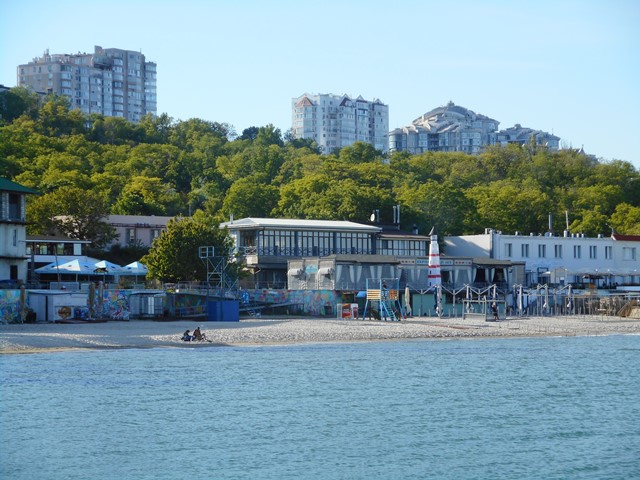 Odessa is the city that faces the Black Sea in the southern part of Ukraine, about 440 km south from the capital Kiev.

It is well-known as an industrial city and resort as well as being active in trade and fishing.

First we went to a Japanese restaurant “Kobe”. It seems to be a restaurant opened by Japanese in 1995. It is a restaurant with a wonderful atmosphere that also blends into the local landscape.

That stairway was used for the famous scene of the movie.
You will be overwhelmed by its size and power when you go.
The view from the top of the stairs is also exceptional.

At the wharf, the boat anchors loading and unloading products. It is an open and viewable port.

When going to the market, various foods are on sale. Because it is a port town, there are quite a lot of seafood.

There is also caviar. It’s cheap.

As a resort area there are hotels and condominiums near the beach.
There were not many people on the coast as it was not yet a summer season.

In Kiev we were drinking only vodka, but when we came to Odessa we started to drink wine and champagne well.

You can get cheap and delicious drinks in this city.